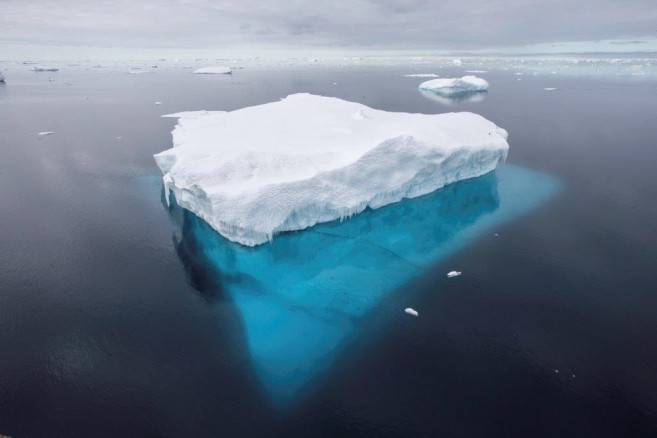 Icebergs are mythical creations. We glibly use analogies of the tip of the iceberg in daily speech, sometimes with some relevance but usually stretching the analogy far beyond what is useful or appropriate. We hear stories of just how big they can be, and read of ingenious plans to attach tugs to these shipping hazards in the North Atlantic and tow them to the Gulf States as a supply of fresh water. But I’ve never seen one, and they could be as real as a unicorn. One of my goals for the trip was to see one of these mythical creations. Given how far South we are (hopefully) going, I was reasonably confident that if these do in fact exist then sooner or later in the depths of the Southern Ocean we would eventually get to see one. Maybe even a reasonably big one. Or possibly even more than one. The Tuesday lectures were an introduction to Oceanography – currents, conveyors, and the movement of huge masses of water. How important it is to get the “free miles” from the currents, and how getting stuck in the wrong eddy can really hamper progress. And how after a minor glitch we are now well away from the currents flowing north, so all is well in the world of Europa.

Wednesday started at 4am, with the plans for a leisurely start to the watch with a cup of coffee and a biscuit or two prior to going on lookout at 5am rudely interrupted by a cunning strategy by the Permanent Crew to keep the Voyage Crew busy – Blue Watch take the sails in at 2am, so that we on Red Watch could put them back up at 4am – watching Blue watch happily scurrying for their bunks.  In the middle of this early morning frivolity the afterguard wandered up to lookout and casually mention there was an iceberg on the radar, and after a few more minutes helpfully pointed out to the eagle-eyed protectors of the Europa that far from being fine off the starboard bow, it was by now clearly visible a few miles away at 2 o’clock. The lookouts now swung into action like a well oiled machine, and alerted the rest of the watch. The diligence in coiling up of halyards, sheets, clewlines and the multitude of other ropes went AWOL as we admired this strange sight. An iceberg! A lonely stranger as far north as about 44 degrees South. The ice maker in the forepeak has been turned off due to the somewhat bouncy conditions, and what better way to get supplies for the bar than to heave to and use a Zodiac to collect ten thousand year old ice from before the Industrial Age?