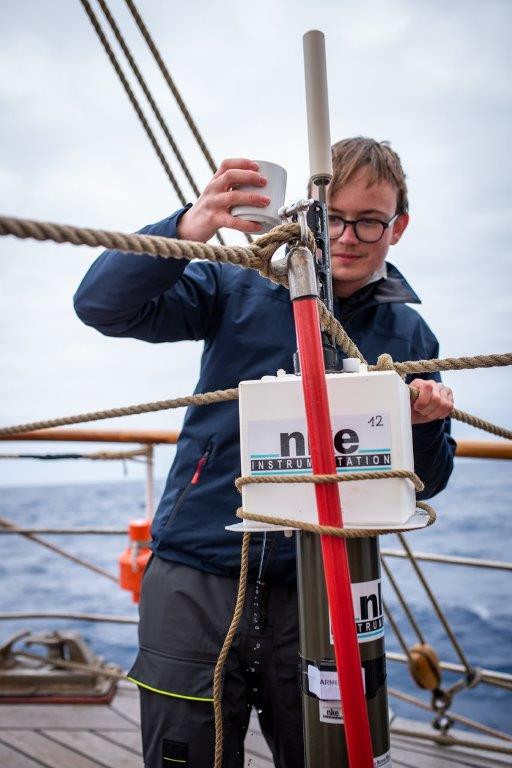 Favourable weather conditions and a calm period in the Drake on January 16th brought the perfect conditions for the launch of another Argo float from the Bark Europa.

Launched from the aft of the boat at 12:37, delayed slightly by a close whale sighting, this Argo float joins one launched on the same voyage on the journey to the Antarctic, and one on a previous voyage. Having received news that the previously deployed Argo has travelled 30km, deploying a second on the return journey to Ushuaia allows for comparison of how the currents are moving and changing on a short term basis, as the Argos enter global circulation. The quick set-up of the float aboard the Bark Europa allowed for both voyage and permanent crew to get involved with the deployment, contributing to global scientific
research.

A German Argo float, this float was supplied from the European Argo Network, and joins thousands of other floats in the global oceanic network. These floats will spend the coming years floating with the currents around the world, sending back information every 10 days. The Argo will sink to a depth of 1000m, where it travels with the current for nine days. On the tenth day, it will sink to 2000m before rising to the surface, taking measurements including the temperature and salinity, on the way. This will help to further our understanding of currents, and their role in the climate system.

Giving it a drink before you drop it over? Good work Samuel.