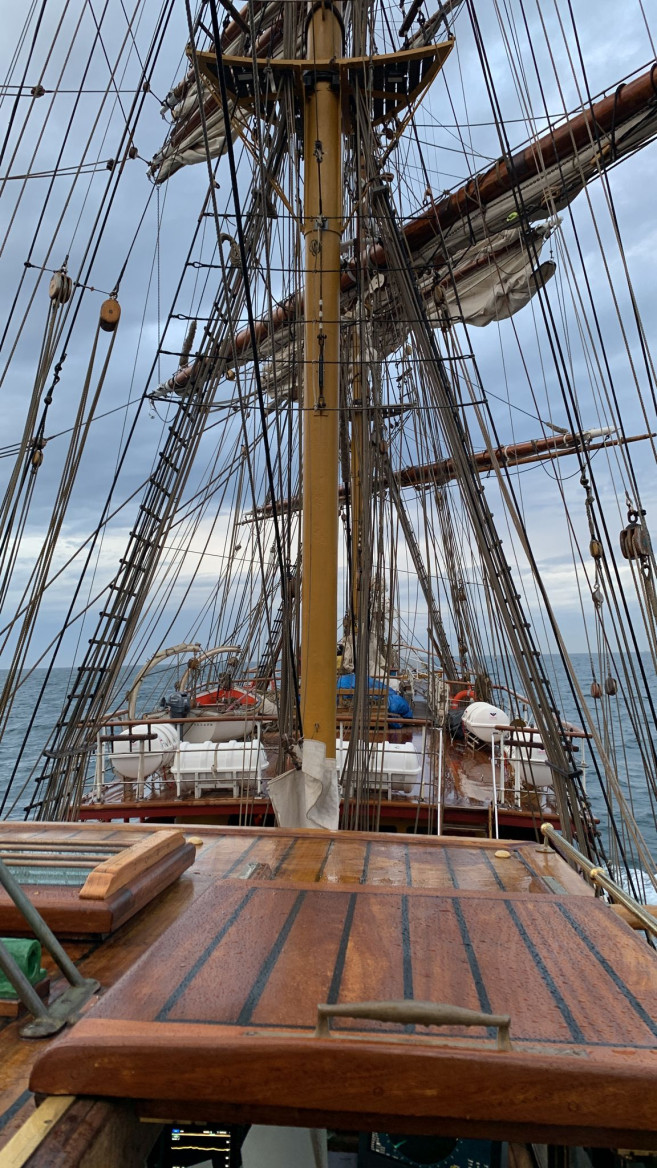 During last night we were able to set sail while passing the TSS of Finistere. First we could keep a nice SWly course with SEly wind. Slowlythe wind picked up and more sails were taken away. Right after breakfast the wind picked up to over 40 kts. Upper topsails were stowed. The sea did build to around 4,5 meter of waves. Some voyage crew loved it, others a little less. Later in the morning the wind came round to the SW and decreased. We had to alter the course more and more...till the moment came that we sailed too much north. After waiting a bit longer for the waves to flatten a bit, we switched the engines on, dropped the
squares and set course to the SW. Just before dinner the awaited wind shift slowly started. We could tack the yards and sail now due South. At the moment unfurling has begun and we'll soon hope to be sailing again.

Wonder which camp I would be with 4.5-meter waves... I do know which one I'd want to be in!