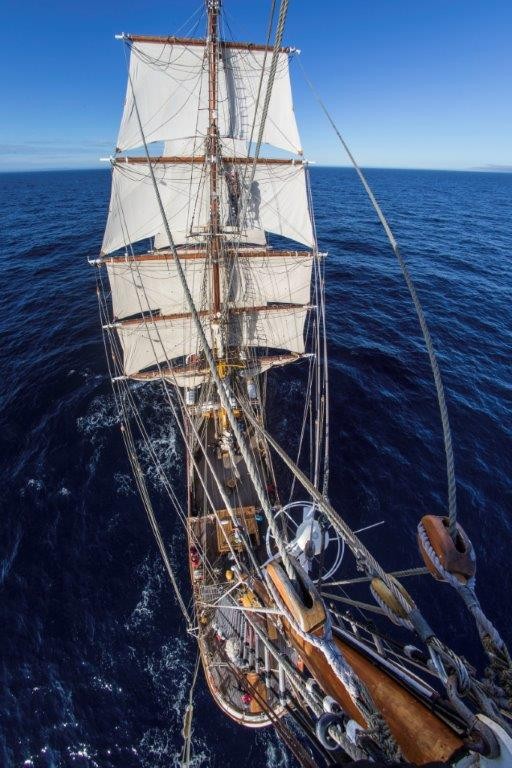 Dawn on the second day in Antarctica saw the Europa tugging lazily at her anchor cable in unusually hospitable seas off Deception Island. This part of the coastline -Baily Head - is usually much too choppy for a landing (the Captain hasn't done one in three years) but today the sea was lapping gently against the hull and we were told that we would be able to do it as a 'bonus'. And what a bonus it was. Landfall put us right into a beach full of seals which we had to scare our way through (essentially you flap your arms and yell at them) to get to a sprawling chinstrap penguin colony. A sea of penguins and a not insignificant amount of guano coated the hills around the sheltered bay in all directions, with the Europa positioned as the perfect centrepiece to an already stunning view.

In the afternoon we entered Deception Island itself, through Neptune's Bellows. The island is the doughnut-shaped caldera of a collapsed volcano and is named for its unpredictable weather, which is often very different inside the caldera compared with the sea outside. We landed in Whaler's Bay amidst the silent remnants of an old whaling station (already it seems unusual to see the straight lines of man-made objects in this otherwise untouched place) and set off on what Jordi described as a 'mini-hike'. It was in fact a small mountain, but the summit did offer some amazing views of both the inside and outside of this truly unique island. The descent of the steep, muddy, snowy inner face of the caldera also provided no shortage of drama!

Tomorrow we cross the Bransfield Strait (troublingly referred to by Jordi as the 'mini-Drake') and head for the Antarctic Sound...

Sounds fabulous! We hope you're bringing us back some new pets....xx