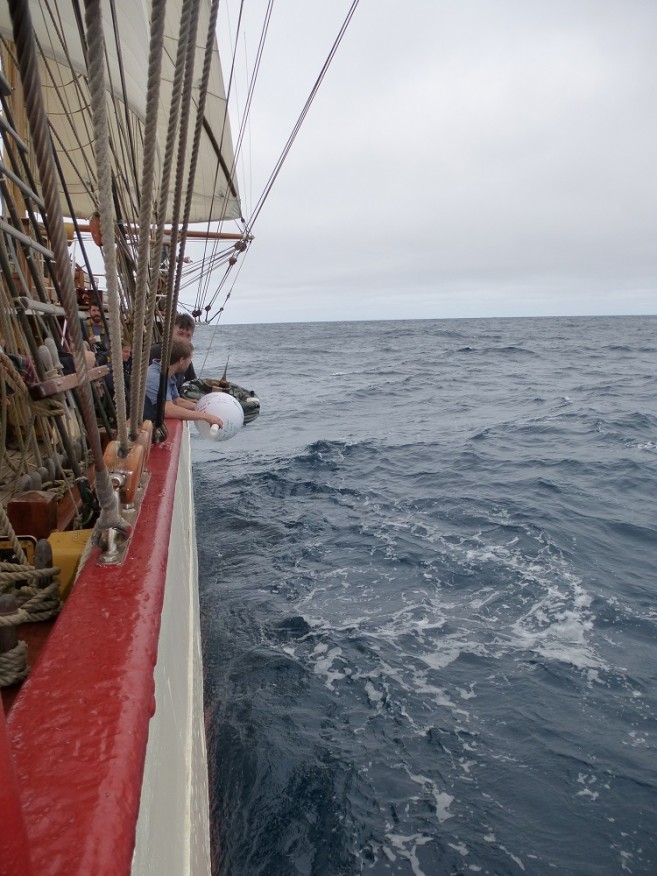 In Cape Town the ship took on several floats and drifters for research at sea. All items will  be deployed over time on the way to Ascension Island. Today was the first deployement.

From our researcher Deborah on board:

"We have deployed the first of the South African weather drifter this morning.

The drifter was 132529. The packaging was removed as per instructions. A visual inspection of the float lines and drouge was made. The magnetic tab was removed at 10:22:24. (South African time)

The next deployment will be in about 300 nautical miles about two days
at current speeds."