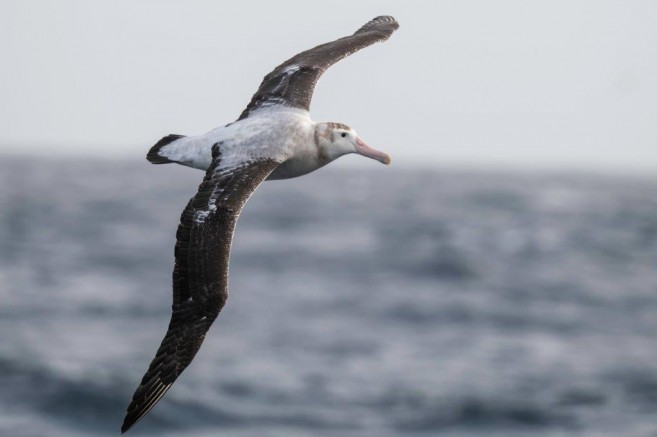 During the relatively calm and warm night, leaving behind the rigors of the stormy last day, a close look at the water surface revealed that the ship was leaving behind a faint glittering trail of light in her wake, extending from the bow cutting the waves to the aft of the ship. On land, only a few nocturnal animals, such as fireflies, produce light, but in the ocean, thousands of species do so. Deep-water fish and squid use bioluminescence extensively, but there are many other light producers, such as species of bacteria, dinoflagellates, sea pens, mollusks, crustaceans, echinoderms and  jellyfish.
What we experienced last night most probably was caused by bioluminescent plankton, like dinoflagellates. Usually they light up when disturbed as they lay on smooth water conditions, which can
indicate an approaching possible predator. Besides this defense and alert signal uses, also some organisms use bioluminescence for finding and luring prey, and for recognising and signalling to potential mates. Yesterday’s rough weather have been abating overnight. Gradually it was time to start setting more canvas after last hours sailing under reduced amount of sail. First Upper Topsails are sheeted home and hoisted, and by breakfast time Top Gallants and Outer Jib are set on 22kn of WNW wind. Europa keeps like this a nice speed of 7.5kn on a good NNE-ly course. The sunny morning announced a warm day, fair winds and the calmer seas foretell a good sailing journey. It is amazing how in such short period of time we seem to have forgotten the thick clothes and foul weather gear and now lighter garments are worn. Just a few days ago we just spotted our last icebergs, and the water temperature just started to climb over the 3 or 4ºC. Now, during the day the air temp rose to a mild 13ºC and the water temp as well increased quickly to about the same temperature. Not just this but also the daily variations on weather and winds are huge, following the unstable conditions of those latitudes. Yesterday for several hours the sky was overcast and the gusts climbed up to about 45kn over the raging seas. But since the early hours of today all seemed to get calmer, just with a handful of squalls spicing up the even and wonderful sailing conditions. Because of them, the Royals, that were set during the morning, had to be clewed up and furled shortly afterwards,
together with the Outer Jib. Just to be both set again after the afternoon change of watch. Since then, under NW-ly winds of 25kn Europa sails Close-hauled steering about 35º and attaining a speed over 9kn. Pace that slightly decreased during dinner time when stronger gusts made for furling the Royals and keep them stowed away overnight, after a full day of exhilarating sailing. Good conditions that look like will extend during the next hours and tomorrow.
The diversity of seabirds around us also seems to enjoy the weather improvement. Again several of the beautiful and elegant Sooty albatrosses soar over the swells following the ship. Considered by many the most gorgeous of the albatrosses, with their uniform sooty-brown colour, with characteristic long narrow wings, white two thirds eye ring and yellowish-pink stripe on sides of lower part of the beak. Not as common as other albatross species, they distribution area is on the South Atlantic and Indian Oceans, with the majority nesting at Tristan da Cunha and Gough, Prince Edward and Marion islands. They prefer deep oceanic waters North of the Antarctic Convergence. Is considered as a vulnerable species, but in the past seem to have been more threatened as for example some populations were exploited in Tristan da Cunha and others were greatly affected by long-line fisheries in Australian waters. Their bigger relatives, Tristan albatrosses also appeared in larger numbers today. Being closely related with the Wandering albatrosses, in many occasions is not easy to distinguish between them. Those seem to be slightly smaller and more compact than the nominal Wandering. They also
show a delayed whitening process, retaining dark barring and duskier wash on underparts for longer. Their nesting distribution is restricted to Tristan da Cunha group, but spreading during their flights all the way through the South Atlantic to the West African coast and SouthWest Indian Ocean. What seems to be a Kerguelen petrel was also spotted and photographed from our decks. They are almost entirely dusky, uniformly dark on head and neck. The rest of the body is un-patterned and relatively slim, with slightly wedge-shaped tail, broad neck and proportionally long wings. They live in the South Atlantic and Southern Indian Ocean, nesting on remote islands like Gough, Marion, Crozet and Kerguelen. Some populations like the one previously existent at Tristan da Cunha may have been decimated or exterminated by introduced cats, dogs and rats. And last but not least at all was the surprise to spot a rare visitor of this Southern latitudes, what seems to be a juvenile Long tailed Skua
flew over the ship and soon disappeared. Actually this species is a circumpolar breeder on Arctic tundra. After breeding season migrates through all oceans. In March to May and August to November travel to and from wintering areas, including 35ºS around South Africa, where primarily offshore, typically in oceanic waters beyond the shelf break. At the moment we are just below the 42ºS, slightly further South than their more regular oceanic wintering areas, making it an interesting sight.