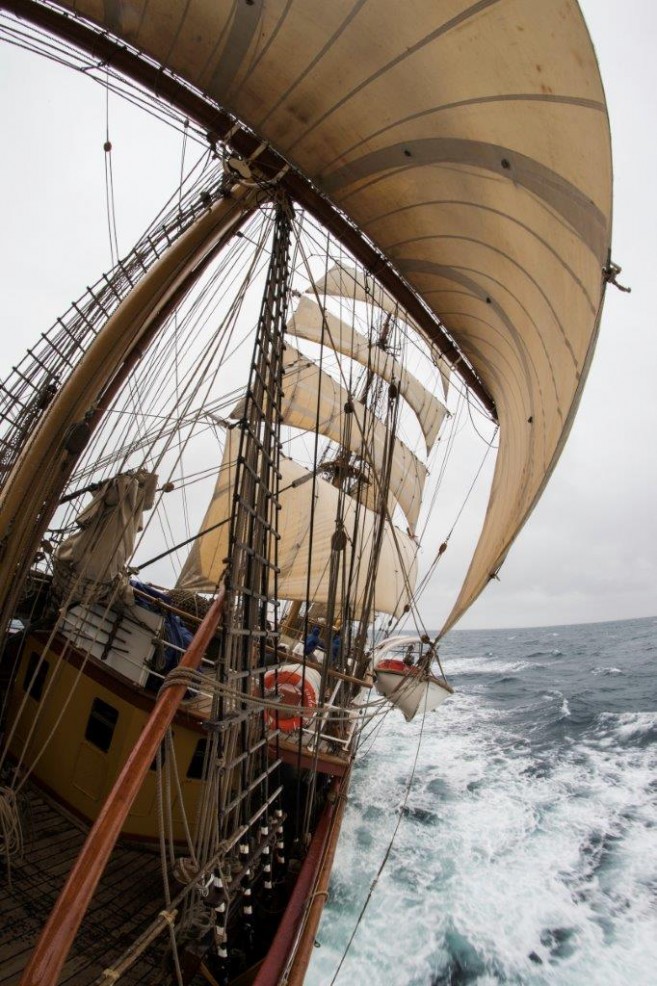 Antarctica is coming closer and the calm first night at the pier in Ushuaia is turning into a faint memory. We are going fast – fast and wild some would say. True – the 40 knots of wind and the combination of swell and waves that we met once we left the Beagle channel was for many enough to spend a good amount of time in their bunk. Even before coming to open sea all buckets were used and we had plenty of space to sit at mealtimes. One of the watches had only 3 voyage crew members on their feet. But we all knew we were going to cross the Drake, we all knew it could be wild and we are making good progress! We are getting closer to Antarctica with an average speed of 7.5 knots. Apart for some part of the beagle channel, the engine has not been on yet – we are moving South under sail. Slowly the wind is calming down; the swell getting smaller; the rocking of the ship is getting less. I can finally sit down in the library and write some words. Christmas you say? Christmas will be a bit later this year.