Noon Position : 16 ° 41.8 ' S 037º 58.8' W The position of the sun is now directly over the ship; there are almost no shadows. We will notice that the days are getting longer and the sunsets will occur later. 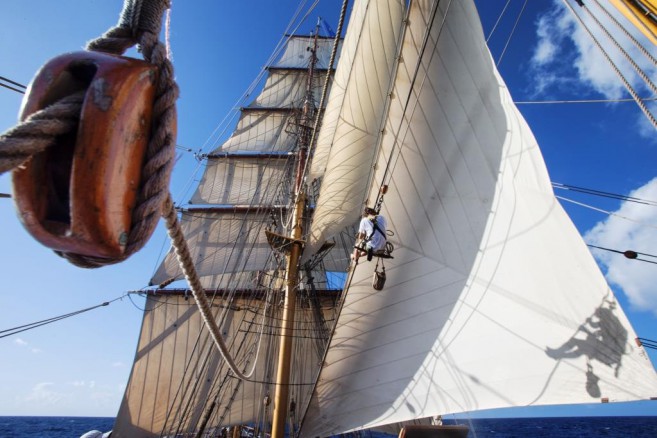 Today we sailed under a blue sky at a speed of 5-7 knots. After lunch Captain Klaas told us that in the next few hours we will sail into the neighborhood of the Abrolhos: an area of ​​shallow waters that stretch along the Brazilian coast. It is a feared area by sailors because of its shallow draft and the risk of rocks just under the water surface. The captain decided to sail a slightly more easterly course .