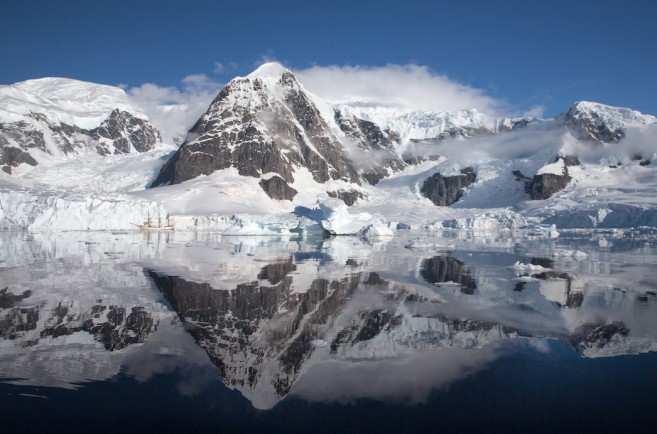 The lucky ones that had the midnight to 4 am watch noticed that the night did not really get dark anymore. The sky turned into a night kind of blue, but before it reached darkness, it started getting light again. It is colder and lighter, we are clearly in more Southern latitudes now. The winds are still good, and we are heading in exactly the right direction. The morning is sunny and crisp.

And then, not long after breakfast – delicious fried eggs and bacon - land! Icy white islands and dark rocks sticking out of the ocean. Suddenly all the cameras come out, the deck is filled with people excitingly watching that which we haven´t seen for days now. And not only that, but also something we maybe have never seen before ; icebergs!. During the night the first big tabular bergs were spotted on the horizon. From that moment on, the look out on the fore deck became more concentrated. Apart from the two regular watches, we now had an extra crew member sitting high up in the mast to help spot the smaller bergy-bits or growlers that might be around.

The whole morning we were busy watching land, icebergs, bracing and changing sails. By now the lines have become more familiar, the sails have gotten names and meaning, and we start to understand the different manoeuvres.

We are sailing into the Nelson strait – the strait between Robert Island and Nelson Island. On both sides we see large, snow covered glaciers, some of them ending in bright blue fronts coming down to the ocean. We sail Southwards through the strait, until it is time to take away the sails and put on the engine. We are now heading East, and later more North, into Maxwell bay. We are here to bring Mateo to the Chilean base at King George Island. Also, we will do our first landing.

Hi Sarah, I wish you an healthy and inspiring 2017. And what a beautiful picture. Blue and white earth in upside down. A lot of love, Marijke