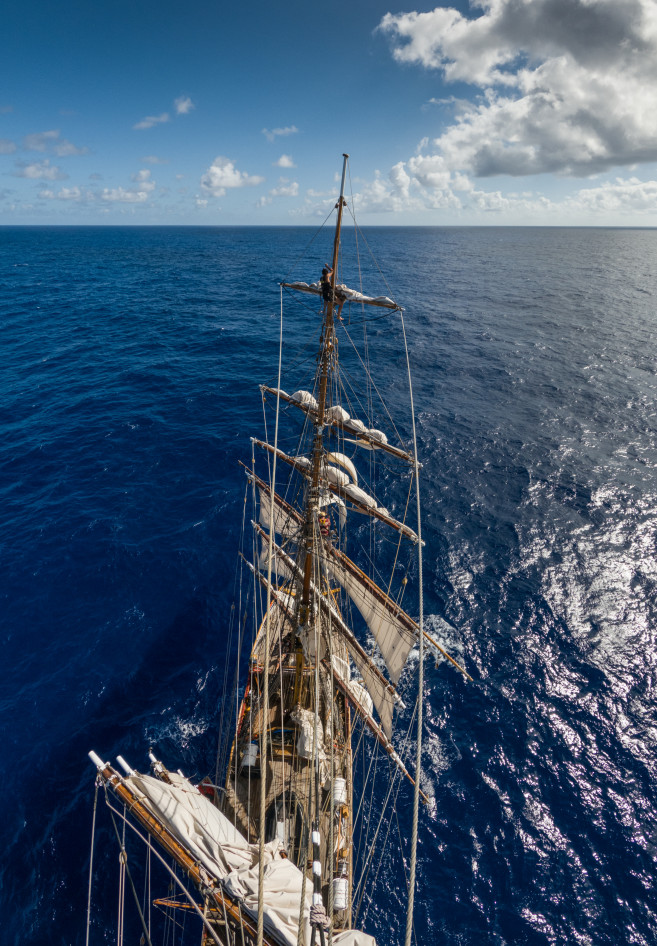 It's spring in Argentina!

You can stop right there with imagining. Delete t-shirts, sunshine, springy feelings. Replace by typical Northern European November grey in grey, and damp, and cold.

Add beanies, woollen sweaters, home knitted socks, several layers, cravings for hot chocolate and lots of talk about mulled wine.
Add heating instead of air conditioning and closed doors, and people huddling up inside, warming up after a few chilly hours outside. This is spring in Southern Argentina.

The water and the air now both hover around the 13 degrees. The countdown is on, the land is nearing. We know long before the first mobile phone has picked up reception. Together with moths and mosquitos, emails and forms start swarming ship and our working hours. The signs of shore are clear. We are almost there.

Latest now it becomes obvious why people like me are called officers. We sit and type, fill in the international, the Argentinian, the local declarations, dig out certificates for ship and people, write lists of previous ports and estimated garbage volume in cubical metres and so on.

The first email from our agent here contained 17 forms for Puerto Madryn. For starters. Once there, we will have to go through clearance, as you would at the airport. Just imagine bringing the entire ship as check-in luggage. A lot to declare!  There are international standards for all the paperwork. However, every port seems to pride themselves of their own private excel version, with the same items in a slightly different order. Just different enough to rule out any possibility of copy and paste.

We have our own end-of-voyage paperwork to do, too. Bar bill, resting hours, maintenance reports, cabin plans for the crew and voyage crew changeover. Permanent crew is finalizing any open jobs in reality and in the computer program. Dan, the other mate, is taking over in Puerto Madryn, so I am writing our handover with anything of interest that did or did not happen during our voyage. Meanwhile, we also try to plan ahead 'without internet' and work out how to get to and from the ship, once there; if we can go ashore to run some errands, how to arrange for internet if possible; who will do the cleaning and the watches during
the night, when and where to do Covid tests for joining crew, and so on.

The cook arranges for the stores for the next voyage. The engineers for bunkers and zodiac fuel. Oh and yes, meanwhile we also try to get in some sailing here and there. However, the wind has gone on holiday. Roaring forties so far have been closer to snoring forties. The kobolts are snoozing, as well. Way too boring, all of this business. They clearly prefer proper ocean sailing.
Who doesn't?

I sincerely hope that the mosquitos will go away and that the Kobolts (much more creative than those pesky mosquitos! ;-)) and the ‚Roaring Forties‘ come back! Thank you for sharing your logs!!