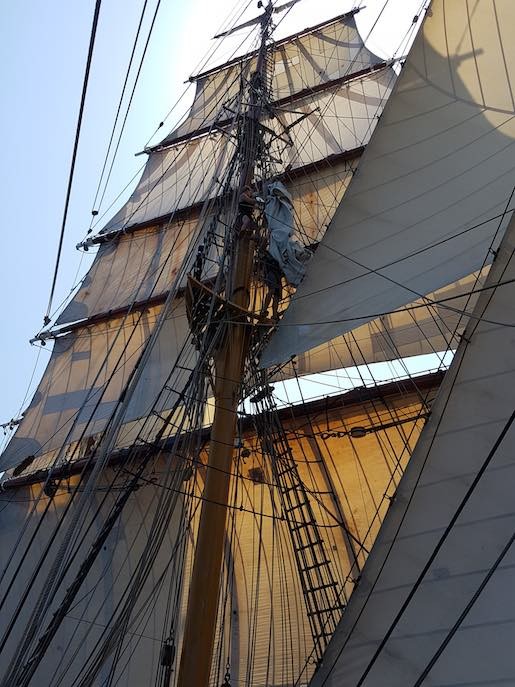 Neptune and his court came already two hours after crossing the Equator on board. Crossing the line means the initiation into the world of Ocean going seamen and daring adventurers, the ceremony is presided by Neptune and the twelve members of the court.  Now we have a ship full of Shelbacks; seamen who have crossed the line. It was an effort to havebaptised everyone according to what they deserved. The radio-amateur on board after been accused of disturbing the atmosphere had to make contact with a colleague by an old-fashioned method of two tins and a string,  a weak-hearted sailor had to read his love letter to the doctor of the court, he did get response but not the one he had hoped for.
Now we are finally driven forth by the South Easterly Tradewinds, heading straight to Salvador. The Sweepstakes have started, the gambling has begun what the time and date will be of our arrival. The guess had to be made on the spot. I am very curious of the outcome.