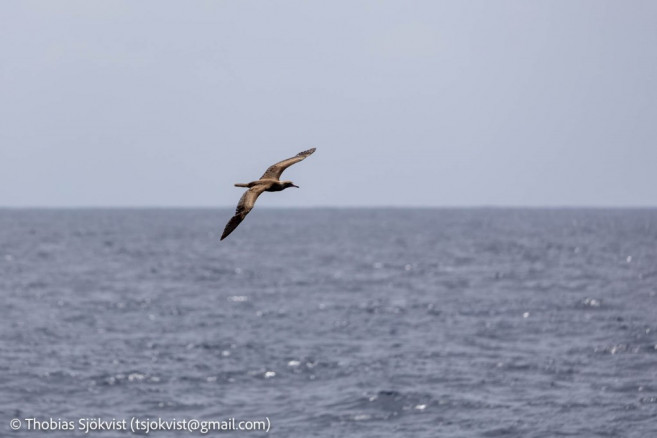 Out of the DOLDRUMS, that’s the question
10 days Out from Ascension 07-36N : 028-37W
Course= Mainly Northwesterly- Close Hauled SB-tack

Wind = Since yesterday afternoon slowly backing from North to NorthEast, Var. in strength 1, 2 sometimes 3 Bfrt.
All the useful canvass is set.

Yesterday afternoon when we set sail again our course was nearly West so for some people a bit disappointing, but good for the experience of the Doldrums where you have to struggle forwards with the little breezes you are given by the showers.
But in the afternoon the showers disappeared and we made a reasonable speed and the good part was that slowly the wind started backing to the N-NE.
Proper steering by the wind is now the most important point for the Voyage Crew.
On a square rigger every degree that you can steer closer to the wind without loosing the speed is an ART which you have to learn by doing. (some have the feeling straight away, others never get that feeling).

But most of the Voyage Crew are doing really well, although they had already a some Nautical Miles of wake behind their backs since we left Cape Town a month ago.

The big question is “are we out of the Doldrums” we think we are but the doldrums have the tendency to move North and South during the passage of an Easterly Wave ad we saw some showers North of us this morning.
But the steady NE wind direction that we experienced the last 8 hours are promising.

Tomorrow we know for sure.