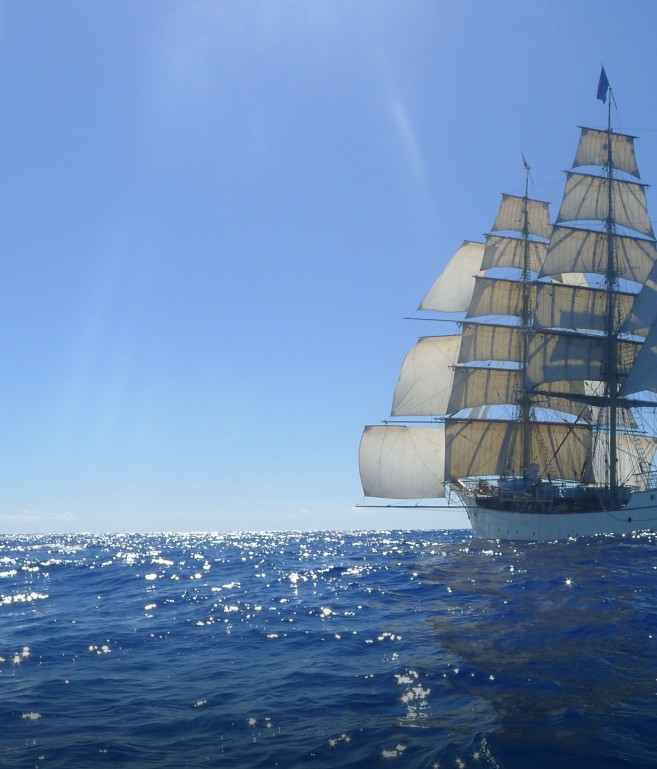 After our stop at the island of Sal of the Cape Verde, we continued South with our experienced and also new Voyage crew.

After our stop at the island of Sal of the Cape Verde, we continued South with our experienced and also new Voyage crew. The first day we are still in between the Archipelago and passing the island of Fogo, with its 2800 meters high volcano, only at a couple of miles distance. However, the sky was haze caused by Sahara sand and we could barely see this big cone at this short distance.

Soon after the Cape Verde we lost the comfort of Trade winds sailing and entering the area in between the Tropics of both the Northern and the Southern Hemisphere, the Inter Tropical Convergence Zone (ICTZ). Also known by sailors as the Doldrums. The doldrums are known for calm periods when the winds disappear altogether, trapping sail-powered boats for periods of days or weeks. More often it can lead to light or variable winds and more severe weather, in the form of squalls and thunderstorms with plenty of rain.

When this is passed we meet the South easterly Trade winds on the Southern Hemisphere and start heading towards South America.

I wish you a good journey and some winds to cross the doldrums - and that you are looking forward to a nice equator ceremony? Good luck! Steffie