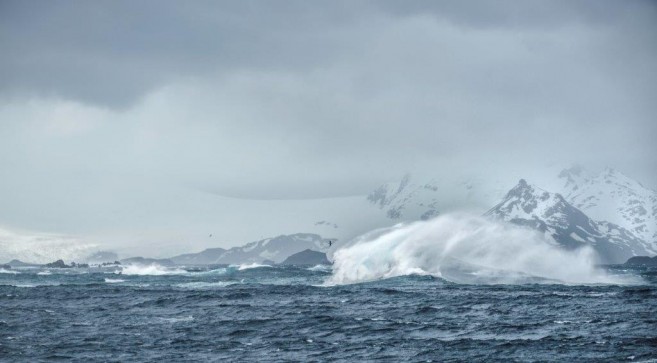 You are an isolated island
Of raw unconquered beauty
And katabatic western winds
Your north shore is partially protected
And hides coves of curiosities
Testosterone fuelled Fur seals on guard
Between big-eyed baby elephant seals
Lying about like blubbery sea cucumbers
Yet the avian species rule this paradise
With King Penguins, Macaroni’s by the millions
As well as a colony of Gentoo or two
Fluffy brown chicks flap their flippers
While the Skua’s and petrels prowl the perimeter
In another era Man tried to make money here
Yet all that remains are rusty remnants
Some renovations into a museum and tourist shop
The whales blow off shore in their dozens
They still remember how we massacred their ancestors
Let us hope that Mother Nature will prevail
And South Georgia will remain an isle of peace..

I enjoyed reading this. The imagination of those who stayed behind is working overtime! - fuelled by the impressions conveyed in the various articles.