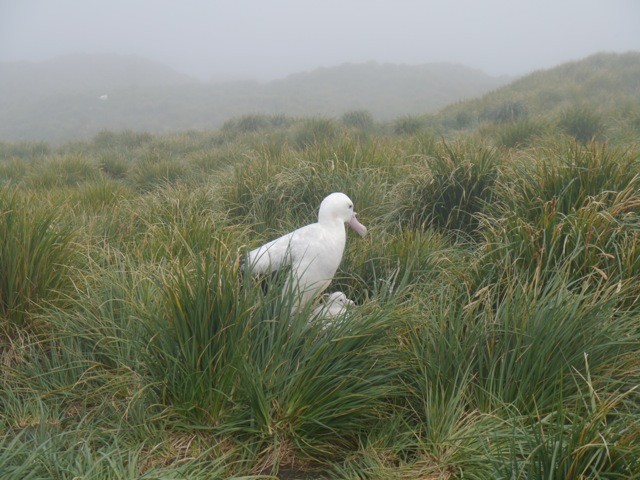 South Georgia was such a high for us all so perhaps it was to be expected we'd run into a few lows when we left this southern paradise.

First there was the weather; a low pressure system which delivered stormy seas for our departure from the islands. Gales and increasing seas coupled with patchy visibility and the presence of icebergs make everyone nervous or sick or both. Everyone is cold. The wind is, as usual, contrary and is trying to force us in the wrong direction. Progress is snail-like, and people despair of being able to land in the South Orkneys due to stubborn ice Then there was being back on watch again. Body clocks, having just adjusted back to normal sleeping hours were thrown into confusion once again resulting in the deckhouse being populated by silent, stupefied zombies in the night watches.

Salvation came this morning with a wind shift and some reduction in the seas, coupled with bursts of sunshine. Now we're on a more comfortable starboard tack, doing about four to five knots and the sailing is much easier, though we still have intermittent snow showers and squalls. Whales have been sighted, buoying everyone's spirits and seasickness has abated somewhat. It may not last, but it's enough to bring back optimism and humor to the deckhouse. Taking a moment to watch Snow Petrels and Albatrosses in the sunshine and feeling Europa respond lightly to my hand the wheel, there's still nowhere I'd rather be today.

Hi Fran, Am enjoying following the journey of the Barque. Love to Russell Houliston from his Sister and Family.

Hi Fran enjoyed your log...please pass on my good wishes and love to my name sake Sue Clutton from her step mum.

Hi Fran, Enjoyed your comments and wish you and everyone on board some easier sailing. Been wonderful following the log, what a great experience for you all. Give our best wishes to Russell Houliston, hope he is coping with the stormy conditions, love from his family at home.