My first day on board of Bark EUROPA, and I hit the jackpot: a night sail on Dutch UNESCO World Heritage site the Wadden Sea. In complete darkness, enlightened by the moon and workshops from experts on plankton, oceanography, stars, and clouds.

On Friday evening 15 July, 38 guests embarked on a six-hour roundtrip starting at Harlingen harbor. After a word of welcome by Dutch captain Klaas Gaastra and safety instructions by Canadian first mate Finn Mansour, our skipper reversed the ship out from our mooring spot. Before passing the harbor entrance we turned around, and headed straight into the fading light above a calm sea.

The Wadden Sea, situated in the north of the Netherlands, has the world’s largest intertidal flats. At certain times you can walk all the way from the mainland to the Dutch Wadden islands. We sailed the channel between Harlingen and the island of Vlieland.

For this night sail Bark EUROPA invited three scientists on board. Frans Snik is an astronomer at Leiden University. As we left the mainland behind, we also traded the shore lights for the darkness of the falling night. Without these lights, stars started to appear. As if they hadn’t been there before. Clouds, stars, and a large, bright moon took turns showing themselves to us. Standing on deck, Frans used an app on his smartphone – modern science 😉 – to scan the sky. We saw Jupiter and Saturn and the International Space Station passing by. And many stars. I was struck by the fact that apparently there are more stars in our galaxy than there are grains of sand on our planet. But what we saw is just a drop in the dark ocean that our universe is. The universe is made up of hundreds of billions of galaxies. I was overwhelmed by this hard-to-describe feeling I think we all get when fantasizing about our universe. We are but specks. Why do we make our tiny little selves so important, one wonders. What left me most in awe of what I heard: according to Frans we have the technology to look back into time, until the very beginning of… everything. Our universe. Things. That I just cannot comprehend.

The second invitee was Erik van Sebille, an oceanographer from Utrecht University. He gave a presentation on deck explaining ocean currents and how this knowledge could lead to a better understanding of ocean pollution and how to deal with this. Together with Frans, Erik compiled a menu of topics as suggestions for the guests to talk about. These included the Deep Sea, Aurora (northern lights), tides, and navigation. Apart from the interactive discussions with the groups, Erik was approached by many of the guests on deck to explain more.

Next to Frans and Erik two researchers that have sailed with Bark EUROPA on previous journeys added to the program. Abigail Smyth, a plankton expert from North Ireland that had just completed the journey with Bark EUROPA from the Azores to Harlingen, deployed a research net to sample the surface water of the Wadden Sea. Part of the catch – the zooplankton (animals) - was displayed under two microscopes. The sheer beauty of these microscopically small animals was just amazing. I wondered what it would be like to see these creatures in larger forms, like herring, tuna, or dolphins even. It would be otherworldly to see these magnificent forms in large. The picture below - showing drawings by Abigail herself – gives a good impression. But the net not only contained organic materials. Like in almost all other so-called trawls done by researchers in any water microplastics were found. Danish plastic researcher Regitze Andersen, who had crossed the Atlantic on the Bark before taking 51 microplastic samples, explained to the audience about the widespread dispersion of plastics in our waters, and answered questions about possible sources and solutions.

Also on board was Arnoud Apituley, a climate scientist from KNMI (the Dutch meteorological institute). He had sailed with Bark EUROPA many times before, including to the remote Antarctic Peninsula as a guide. Arnoud shared his knowledge on the climate: how are clouds formed, and how they affect our climate. To demonstrate that human activities have an influence on clouds, Arnoud created a cloud in a (plastic) bottle and showed how the cloud changed when some air pollution (a little piece of burning paper) was added. (I suggest we call him Arcloud from now on.) And, what about the hole in the ozone layer? I realized I forgot about that one. Apparently, it’s still there. When it was discovered that a certain gas used in hairspray caused the hole, countries worldwide came to an agreement pretty quick and the production of these gasses was banned worldwide. A great example of international collaboration to tackle an urgent environmental problem. We all know there are other urgent problems now, let’s hope governments eventually find a way to collectively deal with those as they did with the ozone layer. He also shared exciting sailor stories, about the Drake Passage for example. The ocean between South America and our south pole is notorious for its rough conditions. On his journey, a photographer climbed the mast to photograph the deck, which was entirely covered in water.

Back to calmer waters. We were heading towards the harbor. The Wadden Sea – protected by the islands - let us sail her (or his 😉) smooth surface and the wind forcefully pushing our sails delivered us at Harlingen with a maximum speed of 7,8 knots. Without engine. After a thank you and a round of applause from the guests, the crew drank a ‘port beer’ on deck. Most of them had sailed from the Azores to Harlingen in the weeks before. Tired but satisfied goodbyes filled the main deck as some of the crew were disembarking. I could feel the hard work that had been done, and friendships that were formed, and couldn’t wait to hit the North Sea for my first week on this magical ship. More to come!

Written by: Karl Beerenfenger, a former microplastic campaign and expedition leader currently working at a Dutch NGO enabling conditions for the implementation and scaling up of reuse systems. 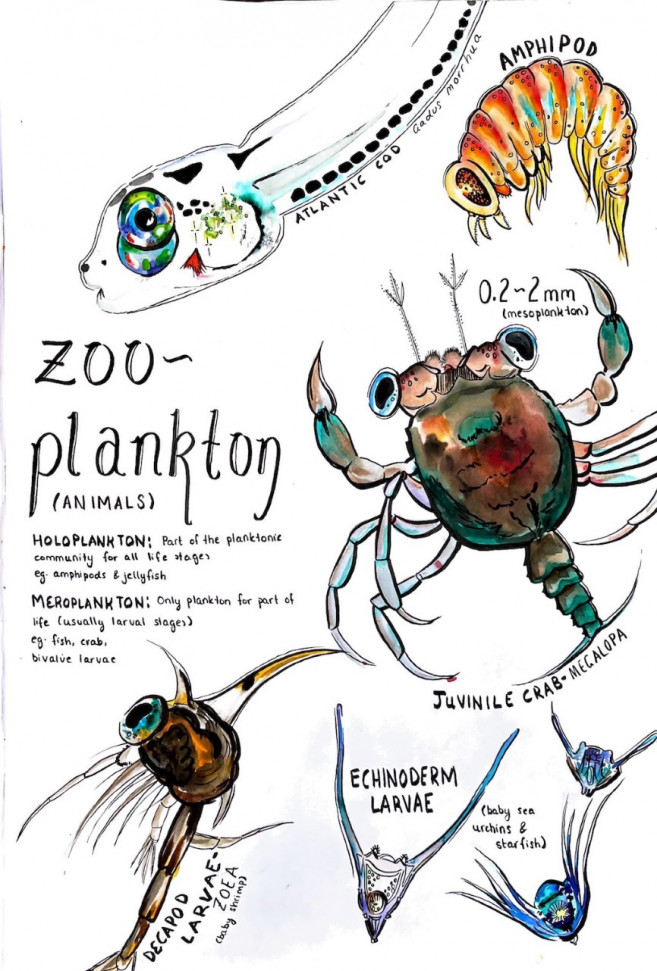 Having sailed twice on Bark Europa, with some of the same crew Karl highlights -- including Janke, Finn, and Brian -- I enthusiastically second all Karl says here. I've been on other "tall ships" and all these voyages have been life highlights, but the Bark Europa crew has a very special way of creating a fun, supportive and immensely broadening atmosphere. They are simply superb people doing admirable and warm, human things in a unique time warp environment that they totally draw you into. Do not miss this chance of lifetime experience!!