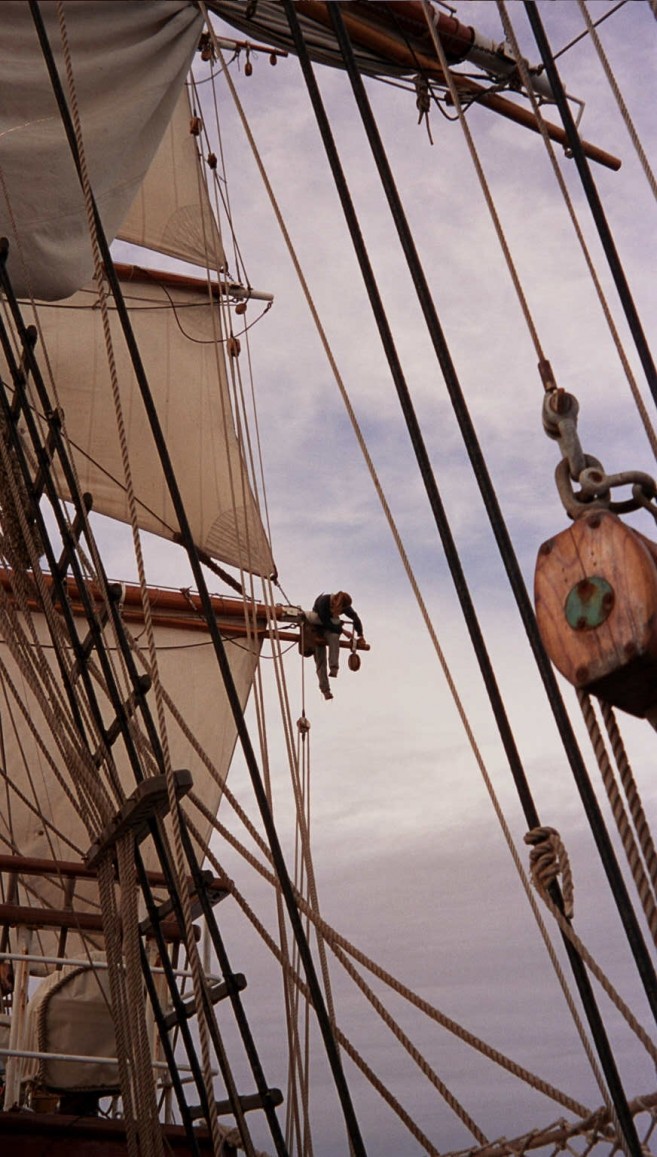 Before you leave port to start a voyage you have an imagination of the area to sail in and under what circumstances that possible will be. The input of information on weather that we use, can be found in for example books (pilots), pilot charts, internet and stories of fellow sailors.

When we entered the Bay of Biscay some people on board were quite anxious. According the on forehand heard stories, big storms and high waves were to be expected. But the weather shouldn't be the weather when it wasn't as surprising as it was. The first day we were under engine on a flat calm sea. The last seasick voyage crew started to feel 100% better again during that day and quite some Finn whales were spotted. From halfway the Bay of Biscay on we met light airs and were able to sail again. Favourable winds varying from North to East helped us forward. Slowly. It gave us the opportunity to have a lot of maintenance projects going on and of course participate in the Europa famous pinrail chase. The crew was super inventive and came up with some new ideas.
Causing a lot of laughter during of course the serious business of knowing all your lines and knots. By the time we crossed the Bay of Biscay, we hadn't had more than 12 knots of wind and lots of sunshine. Still the temperature was relative fresh, but hey...., we were sailing South along the coast of Spain first and then Portugal, so it would be sunny and warm soon.The night we got closer to the Spanish coast we sailed under a sky full of stars, until we entered a fog bank like entering a door into a steamy room. From very good visibility to only half a mile. Another surprise for some (the fog is described in the book thought...). Since many were in shorts the day before there were a couple of surprised faces on the deck in the morning before they turned around to get the warm gear out again.
The first day the fog dissipated before noon, but the day after only in the evening. Since then we have had quite some foggy time. Yesterday the sun came out, but while writing this we are sailing in the fog once more. Mysterious and nice, but hopefully later today we'll be able to see the Portuguese coast before entering the bay of Cascais.

It's an experience to not always get the weather what you might have been expecting on forehand. For our voyage good because we had smooth sailing. Not always that much wind, but the "expected" Portuguese north wind was there and we have been able to sail all the way along the coast down to where we are now...almost there, but luckily another half day of sailing to enjoy.