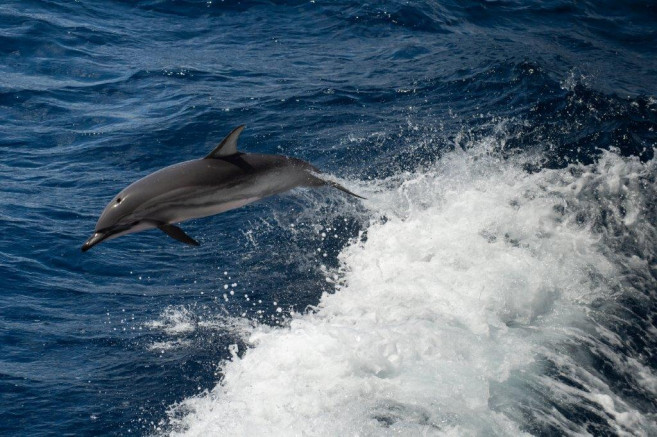 “I find the greatest thing in this world is not so much where we stand, as in which direction we are moving. To reach the port of heaven, we must sail sometimes with the wind and sometimes against it, but we must sail, and not drift, nor lie at anchor.”
Oliver Wendell Holmes

And that is what we try to do; often in contrast with the limited news we have about how the rest of the world is reacting to confront the ongoing health and economic crisis. Like here on board, it is time to think about in what direction human society is moving. Some countries
seem to take the stillness solution; others seem to be drifting on the ocean of new developments in the pandemic: now heading one way, then another without a clear way to achieve a goal. Others seem to start aiming for some different solutions. Where is this drifting going to
take us?

Some big changes are probably to be expected, and a rearranging of the political and economic balance in the world seems to be hovering over our way of living. As Europa is now sailing through different climate zones, all of them characterized by different winds, temperatures and sailing style (the Furious Fifties, the Roaring Forties, the Horse Latitudes, Subtropical and Tropical areas, still the Equator and Doldrums to come), human society also has to go through and endure the different stages that the COVID pandemic seems to be taking. Stages that bring different socio-political decisions, which now, more than ever in modern times, should be taken carefully as they might bring a reconfiguration of economical, educational and human policies and priorities.

Navigating the world’s oceans since the beginning of the sailing times has been based on human curiosity and knowledge acquirement. Centuries of exploration and scientific achievements have given us the knowledgeof new lands, weather systems, their associated winds, the oceanic circulation and how to find our way amongst them, thanks to the continuous advance of new technologies, new engineering achievements and navigational instruments. Many lives and ships were lost in the development of the naval history, and still is all an ongoing process to acquire knowledge on the environment, forecasting, engineering, protocols and regulations.

“They pushed into a trackless region of storms, fog, mists and rain; of strong and unknown currents; a wilderness of island; mountainous shores; deep waters and exposed anchorages. They sailed blind into the unknown and, sometimes, back again. It’s hard to understate their bravery and determination, their sense of adventure and curiosity”
George Davison, president of the Geographical Society of the Pacific in 1901. Referring to the Bering expedition in the Russian Arctic “Great Northern Expedition” 1733-1743

And knowledge is what is most needed to get over any crisis, together with the will to overcome them, putting aside the monstrous bureaucratic state and corporate apparatus, which make the world civilization live on a short term aimless development growth, overlooking educational plans and care for the individuals that form the society. When what is probably most needed in this technological and information-interconnectivity era to better steer our world is acquiring knowledge, further planning, forecasting about situations of the sort, and/or development of joined international protocols.
The decisions we take now, isolation or collaboration, aimed for short term palliation of the health and economic crisis or aimed for more distant harbours, may bring us to two very different worlds.

Whatever time and effort it takes, after the worst part of the storm that is shaking the human population and its organization has past, there might be a turning point for reflecting on our place in the world. What has happened, how things have become different or the potential for change that now lies ahead.

Once in his life a man ought to concentrate his mind upon the remembered earth. He ought to give himself up to a particular landscape in his experience; to look at it from as many angles as he can, to wonder upon it, to dwell upon it.
He ought to imagine that he touches it with his hands at every season and listens to the sounds that are made upon it. He ought to imagine the creatures there and all the faintest motions of the wind. He ought to recollect the glare of the moon and the colours of
the dawn and dusk
N.Scott Momaday

But unfortunately, humankind is a forgetful species, and many of the warnings of with what we deal nowadays probably soon will be past recollection and one way or another we will be forced once more to a mainstream flow, orchestrated by hands that we cannot see and served in silver plate to everybody by established media and economic corporations. To which port are they going to try to draw us, and how are they going to persuade everybody about the best way they want us to sail there?