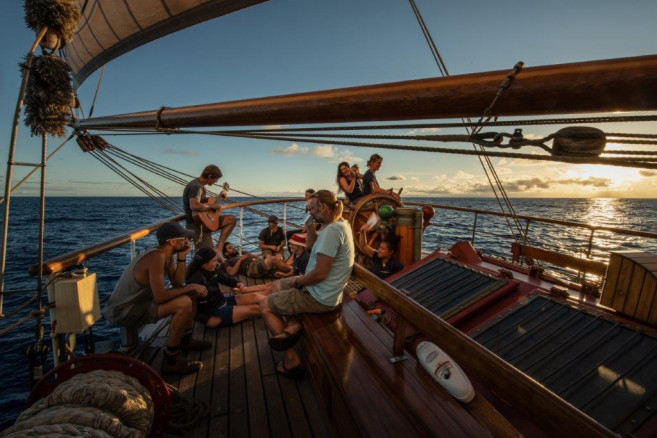 This grand show is eternal. It is always sunrise somewhere. The dew is never dry all at once, a shower is forever falling. Vapour is ever rising. Eternal sunrise, eternal sunset, eternal dawn and glowing, on sea and continents and islands, each in its turn as the earth rolls. And for this I am forever grateful to be alive.
John Muir

Scottish by birth, but North American based naturalist and preservationist, John Muir (1838 – 1914) left a vast legacy of ideas, writings and works on environmental protection based on the conjunction of scientific research into the interrelations in nature, the world as a whole and its metaphysical descriptions and insights of the natural phenomena. He attempted to grasp the language of the rocks and of the living things, trying to understand and dissect, but still respecting, the mystery of life and landscapes as something to describe and experience at full. He nursed the idea of seeing Nature as a home, with its alive and non-living components alike, netted on a planet subjected to long term and large scale driving forces.
Like the ones governing ocean and atmosphere at a planetary scale, where we can recognise patterns in the vast array of the inner workings of the forces of Nature causing changeable phenomena. Elegant patterns that we can find everywhere, from the turning of the seasons to the movements of the airs and seas, patterns that increase human confidence and allow planning of our daily lives, trips and travels.

Points of reference that for our concern here at sea develop in currents, and swells driven by winds that at the same time originate in weather systems, dependant on earth rotation and the energy of the sun. Trade winds, doldrums, windy belts around the planet at higher latitudes with their predominant Westerlies, Azores quite stable High Pressure, all of them dynamic patterns which helped navigators over the centuries, but as nature’s manifestations, also subject to change. And that is what we experienced lately, where some of those predominant oceanic features seem to have shifted and reshaped, making our sailing more of an adventure and a challenge to keep up with them.

As Muir said, the grand show is eternal. Despite viral pandemics, health and political reasons for countries lock downs and seemingly putting the world in hibernation, life keeps going on one way or another. For us sailing continues in a succession of days and busy watches, swells keep rolling our ship, high and low pressure systems keep driving the winds and we are subjected to their variations from the historical records, Easterly or Westerly winds blow here or there, and somewhere there must be a good breeze for our purposes to sail to Netherlands.

By now Europa has been dealing already for days with un-favourable winds and we were sailing on a NW-ly course. Turning the engines on to push through headwinds, has proved to be necessary to reach more propitious areas for sailing. 22 hours of motoring and motor-sailing had broken the over 7500nm under sail. Sixtythree days since weighing anchor from Ushuaia, where we climbed aloft to unfurl our canvas, pulled on halyards and sheeted down sails to start the long way to Netherlands. For a day it looks odd to all of us to ear the roar of the engines, to see the Europa under bare poles, all sails stowed away (until later on all staysails were set) and motoring her way against the light winds, though in a good course towards our destination

That procedure has brought us to enjoy great sailing conditions once.more, making way on a good NE-ly and N-ly course, with a happy captain to see the sun setting and the Polar Star shining at night finally above our Port-bow. Finding again those fair winds has driven us until finding ourselves just about 300nm from the Azores Archipelago. Scarce, yet revealing the proximity to land, is some of the wildlife surrounding the ship. Occasionally above our heads Common Terns in their breeding plumage fly by, already prepared to start nesting on the nearby islands, sharing the waters and breeding grounds with Cory’s shearwaters, which can be seen gliding low over the swell. Small groups of Common dolphins pay us short visits, while at night bioluminescent plankton sparks in the sea surface as glimmering stars.

As soon as the decision was taken to start the engines and for the last days since then, endless numbers of Portuguese Man o´war (Physalia physalis) drift over the smooth sea surface. With their specialised flotation structures crowned by a sort of biological sail, they aimlessly wander following the ocean winds and currents. They belong to the strange order of the Siphonophorae, and sailors on a ship, they are actually colonies of specialised individuals working together as a single organism. Under their sailing-buoyancy providing structures, they stretch a net of dangerous stinging tentacles under the ocean surface to provide them nourishment. Seemingly here on board different people performing different roles join efforts for the accomplishment of our sailing goals and good ends for our trip. From captain to galley personnel, bosun and deckhands, our small society works as a living organism; while ashore many people stretch the tentacles for the good running of the company. With the combined efforts, in the future, hopefully we will have other oceans to sail, other distant lands to explore. If so, Europa will have some of us back, but she will also have other crew members to know and pull her ropes set her sails and maintain her structure.

The colonial organism is such a good analogy. With covid-19 we now regularly hear the terms "essential" and "non-essential" workers. And society wakes up to find out that so many of the people they really want to be leaving their homes, taking on greater health risks, to do their jobs, are the under paid, and under appreciated. Bring on the greater Europa society.