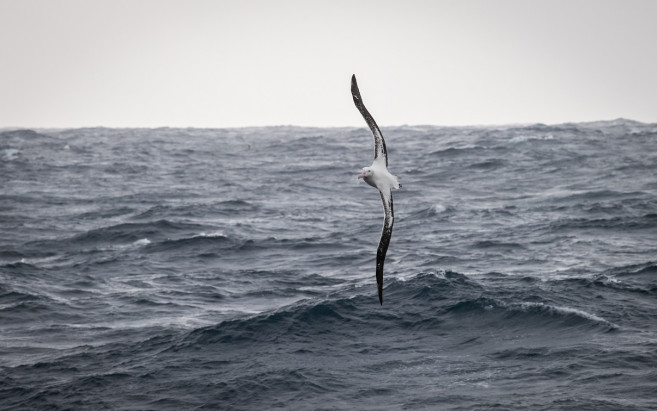 Drake Passage, Scotia Sea, Southern Ocean, South Atlantic. Roaring 40’s, Ferocious 50’s, and Howling 60’s. All relentless seas with a famed background behind them. Waters visited by the Europa yearly, where she can show her potential and test her abilities. By the present standards of the fleet venturing on those same oceans, many consider her an Old Lady, a small historic ship, a glitch on the modern times of Antarctic and high southern latitudes touristic traveling. But seeing her dealing with the icy southern seas, the big swells, and stormy conditions, who would think that she still sails those rough waters on her 111 years old hull? What matters is the strength of her steel and the wood of her masts, and the maintenance and up-keeping that she goes on daily. A sturdiness that served her at the beginning of her life as a trusty lightship for the vessels sailing the River Elbe, a toughness that she uses now to beautifully sail the rough waters of the world’s oceans. A strength kept by the crew as taking care of her in ports and shipyards whenever necessary. An old-fashioned ship that walks the line between tradition and modernity, spreading her canvas to make her way, or also relying on her twin engines when the elements don’t help her. Over oceans that don’t care about fashions, on wind patterns that have been blowing over it since timeless ages.

An Ocean Wanderer, run in a way to keep her at sea for extended periods, sailing as much as possible but still subjected to the nowadays limitations of time related with contemporary life, plans, and schedules.
Sailing along the high latitudes of the Southern Ocean she is not alone on her voyage. Her siblings, the also long-lived Wandering albatrosses often pay her a visit and offer her company when the wind blows hard and the seas grow. Used to the harsh Subantarctic conditions, they visit remote islands too and spend most of their lives at sea flying large distances. When they meet us, the majestic birds with the longest wingspan in the world glide and soar following the wake of the ship.
It is an impressive sight that seldom comes on its own, as other smaller albatrosses frequently join their wanderings. Black browed are starting again to become a usual companion, and still sailing relatively close to the breeding grounds of Tristan archipelago-Gough Island, Yellow nosed and the elegant Sooty keep showing up. Others team with their stylish flight as well. Spectacled and Kerguelen petrels, Shearwaters, Prions, and Storm petrels, all seem to enjoy the area, the present seas and winds were the Europa sails today.

With her canvas spread up to the Top Gallants, she runs her eastward way on steadying Southwesterly meteorological conditions. Squalls, showers, and strong gusts affect her path less and less often, swell tends to become more predictable though still running high. Now and then it keeps splashing over her boards, dipping the main deck underwater and showering the steersmen up on the Poop deck.