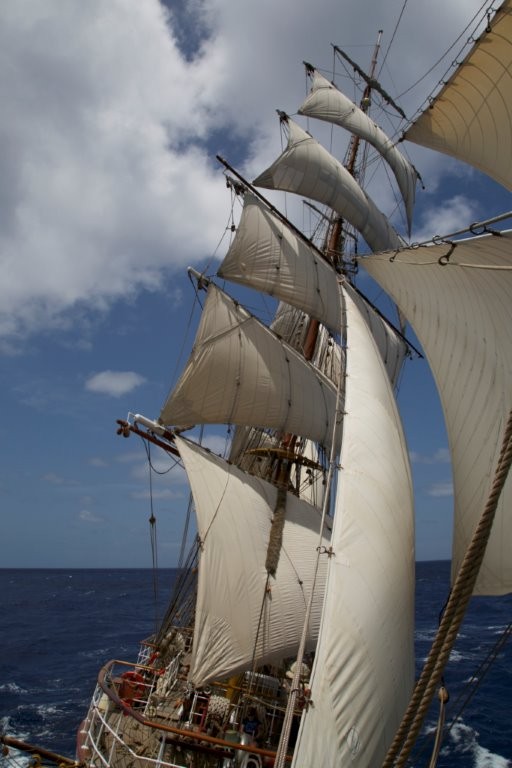 We're under sail again as we head out of the Bay of Biscay, shaping a course for rounding the cape of Spain.

Of course it's a lovely thing to no longer hear the engine and know that the wind alone is powering our motion. It does, however, give everything a funny new angle as the Europa heels over to starboard. It also makes you wonder how the people that were sleeping are feeling right now.

It has almost become a joke in Red Watch that when the captain mentions during his post dinner briefing any sort of potential sail handling, it'll land during our shift. Tonight, like two (or three?) other nights in this voyage before, was no different, with the word coming with 45 minutes left in the watch. Alongside the permanent crew from the Starboard Watch, we spread out across the decks at 11:30PM and set our sails - Top'sls, T'gallents and Courses.

With the ship under fully powered sails and our bodies tired from the hauling, we bid our partners in the white watch a good night of sailing and head to our bunks for a nice, wind-powered sleep