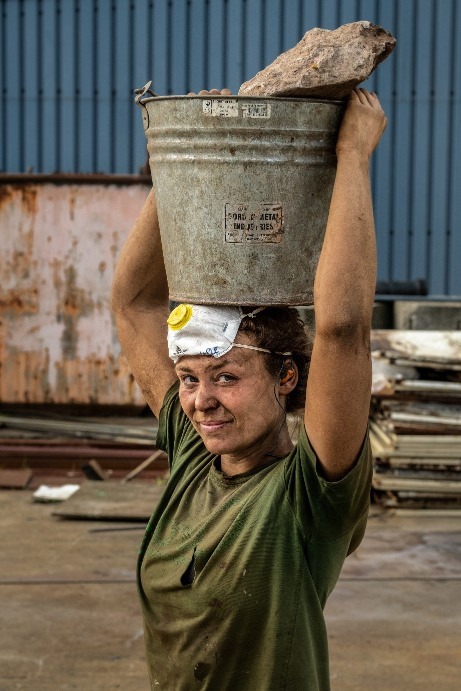 Iron Maiden.
From the song: Man of Sorrows. [Murray / Harris] From The Book of Souls.

In this present dystopia, that fights against our health, plans, freedom and dreams, EUROPA rests from her trips and gets an overhaul. For some of us she represents an oasis in this convoluted world in disarray, where on board our truth is the companionship immersed in the noise, dust, paint and heaps of tools. Where an enthusiastic complement powers the shipyard period, with the dream alive of seeing her sailing once more. The day routines are occasionally spiced up with the finding an assortment of unexpected issues here and there.While some of the projects are already accomplished, like the replacement of the sea water pipes in the engine room, others will be ongoing for still a while. Painting tasks seem endless, the same for the rust busting and the complete overhaul of the provisions storage area. Contrasting with a world under a pandemic status, where we mastered the build of walls between cities, countries and between ourselves, an international crew is up to the job on board. Reduced as it is, still combines around the world nationalities, from Tonga to Holland, even in those actual times. With all doing their best on the different tasks assigned, everyone “rowing with the oars they have” as the Dutch proverbs says.Now and then, some return back home, as other fresh faces appear on board, still clean and tidy, but soon to become sooty and with their a minds shortly to bet set on the maintenance. With the engines up and running again we took the chance to turn the ship around, now moored with her Portside along Zaandam shipyard. A whole new part of the hull to work-on from the pier, together with the job of embellishing our figurehead. The gorgeous Europa riding Zeus transformed in a charming white bull was in need for a touch of sanding and paint. Entwined as one, they have seen the icy Antarctic waters, the heat of the tropics and have crossed oceans for over a decade, now sure wishing too for some new adventures, hopefully soon to come.

enjoy your articles. tell more bout the picture of lady with bucket on her hear